A Book Series from Ratio Christi

Is Christianity Good or Bad for the World?

For private use; do not redistribute 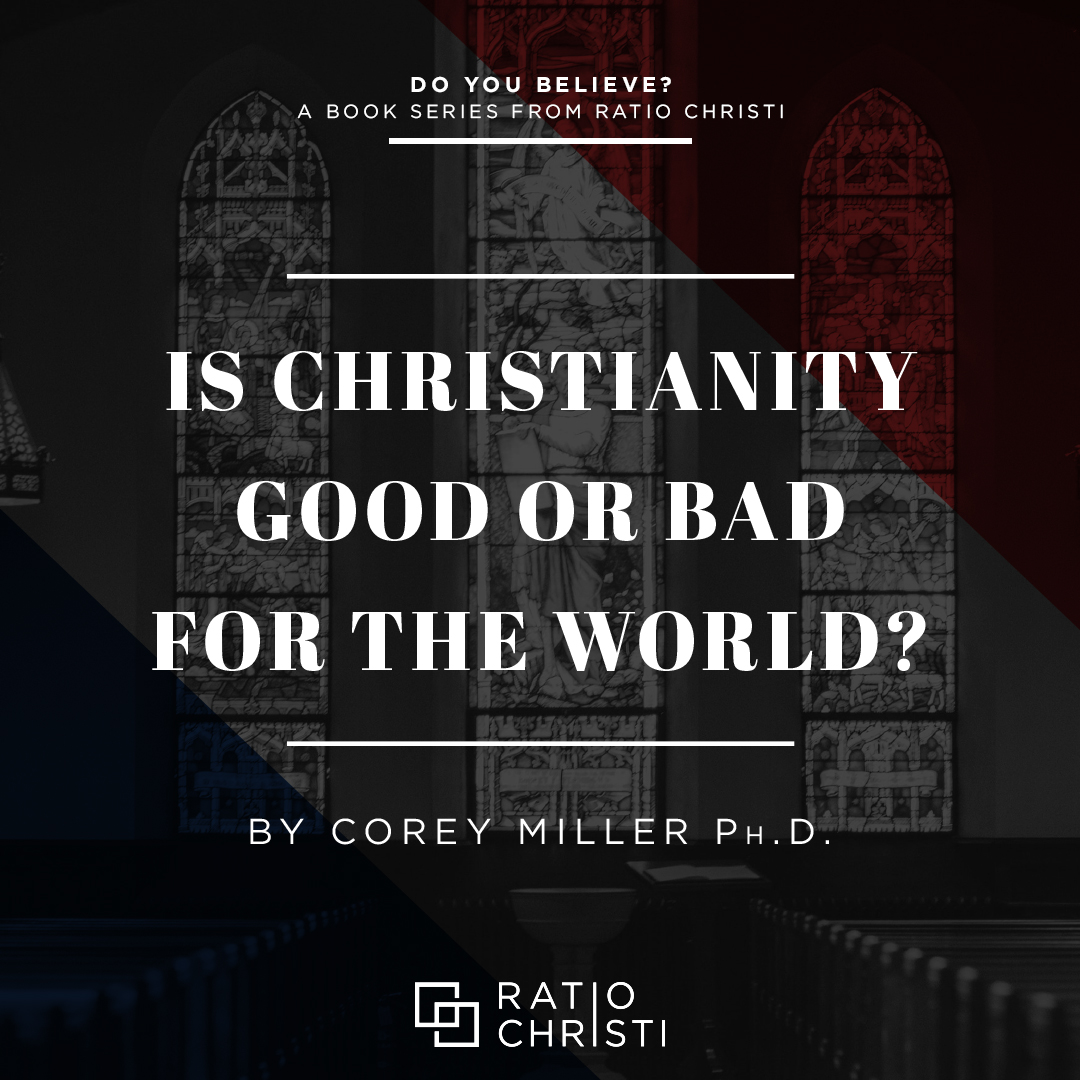 Christianity is often viewed as hateful, harmful, and hideously headless. Is Christianity good or bad for the world? After 2,000 years, we have ample evidence to render a verdict. Jesus, the revolutionary, launched the largest movement in human history and changed the world. The existential question asks whether God exists, but the axiological question about God addresses the question of what value-impact, if any, God’s existence does (or would) have on our world? In this work we identify and assess evidence of widely embraced goods and values—from rationality and the rise of universities and science to morality and the rise of compassion and charity—that are deemed good for the world, and then argue that Christianity enjoys explanatory scope and power for their existence and proliferation. In addition, a novel apologetic argument from the existence of the pervasiveness of the Golden Rule in comparative religious and scientific worldview analysis reveals that Jesus’ treatment is inclusive in its application, but exclusive in its explanation.

Bring the Next Generation
of Leaders to Christ

Be Part of the Apologetics Movement

Interested in putting your apologetics training to work? Our goal is to have a RC club on every university campus; help us start one near you.

Our national and regional staff support our field staff. We are looking for talented people in management, marketing, accounting, human resources, and more. These positions are remote-friendly.

Download this free booklet “Is Christianity good or bad for the world?”

We hope this free apologetics and evangelism resource will equip you to answer these questions.