A Cautionary Tale of Skepticism

Previous Next
A Cautionary Tale of Skepticism

Michael Gungor, leader of the Christian band, Gungor, made waves when he said he couldn’t believe in creation because of scientific skepticism. He broke many hearts when he later abandoned his faith entirely. Doubt is natural, but disbelieving miracles is a slippery slope that may lead to doubting that Jesus came to earth, died, and rose again. It’s important to see the evidence for the Christian worldview to maintain a healthy Christian walk. Documentaries such as Patterns of Evidence: The Red Sea Miracle can help answer those doubts. 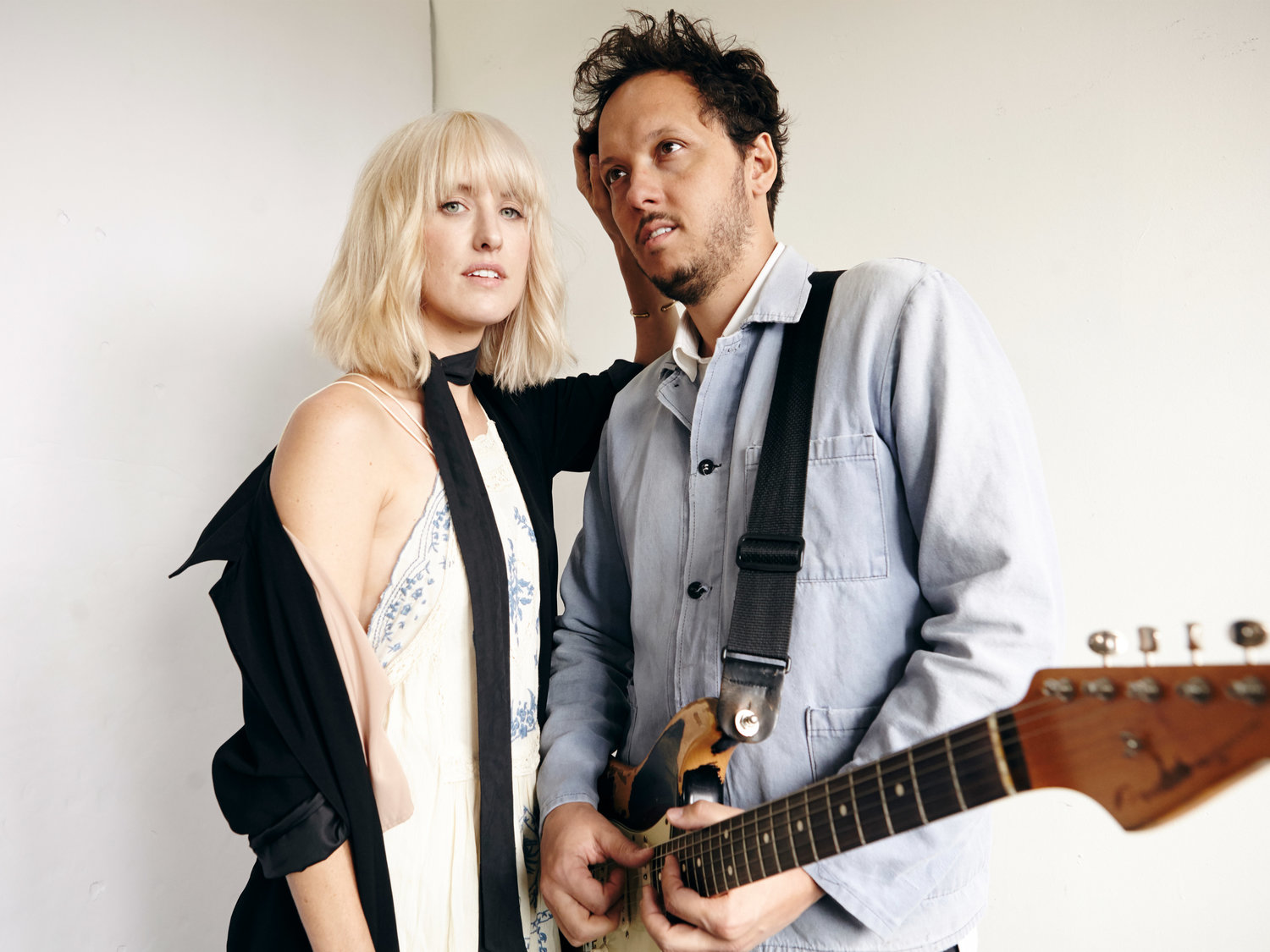 A logical fallacy that involves conceding to a single point that makes conceding to further points more and more likely. This generally refers to points that take you away from the orthodox viewpoint. It involves “sliding” down to a point that you would have never taken without first stepping onto the slope.

Attempting to reconcile and/or combine opposing worldviews. Generally results in an amalgamation of these different views. Could possibly result in abandoning or compromising important aspects of the worldview.

In 2011, or thereabouts, Michael Gungor, of the band Gungor, was one of my favorite Christian artists. The band’s music broke from the standard cookie-cutter mold of Christian music of the time. As a huge fan of Sufjan Stevens, Gungor was a natural fit for my ears. The songs were delicate and contemplative at times and bombastic and undignified at others, but all a part of a carefully planned experience on each album. I was aware that their music had socio-political undertones, but as a worship leader in Los Angeles, this was par for the course.

I was interested in using Gungor songs as part of worship services, so I began researching the writers’ theology. I have never been a worship leader that just plays the popular songs – I always want to tie the message of the song to the themes presented in the homily. There were some dubious lines as well as the socio-political elements that I mentioned previously. I discovered the fascinating Gungor blog in which they shared many candid thoughts about the song and their self-exploration of theology.

Fast forward to 2013/14. I was shocked when I read the latest blog entry from Gungor, in which Michael announced that he no longer believed that the creation story was an historical account. It was his opinion, backed by the majority of academia, that intelligent design was not a tenable theory. He still professed to be a Christian, but he abandoned this element of fundamentalism.

A slippery slope and a tragic fall

I remember commenting on this blog (sadly it seems as though that particular article was deleted) and striking up a conversation with Michael (or his moderators). He became quite hostile to creationists both on the blog and in wider Christian circles. He went on to say it was just too hard to believe in the Old Testament miracles in light of the scientific evidence. I remember my final word in the conversations: “If you think that creation is hard to believe, wait until you get to Jesus!” Unfortunately, just as I suspected, Michael Gungor followed this path to its natural end. In 2018, he renounced Christianity as a whole and identified as an atheist.

Sadly this is not an isolated incident. Many people who identified as Christians later renounce their faith over intellectual doubt. Research has shown that 75% of college students walk away from their faith. A majority of those students say that intellectual doubt was the reason they left. That was the main impetus for the founding of Ratio Christi. Our founders wanted to help train people to be thoughtful Christians and to share compelling reasons for following Christ. There are plenty of historical, philosophical, and scientific reasons for putting your faith in Christ. Though, some would tell you that you need to compromise your beliefs in light of the scientific evidence.

In 2006, the History Channel (back when they actually made shows about history) produced a documentary about the Exodus. I remember it vividly because I must have seen it 20 times. At the time I was finishing my bachelor’s degree and would often turn on the History Channel for background noise while I studied or wrote papers. This documentary was on about five times per day, so I became very familiar. The documentary presented all of the evidence and basically said, “If this really did happen, then it was probably one of these natural phenomenon that the Israelites thought were supernatural.” 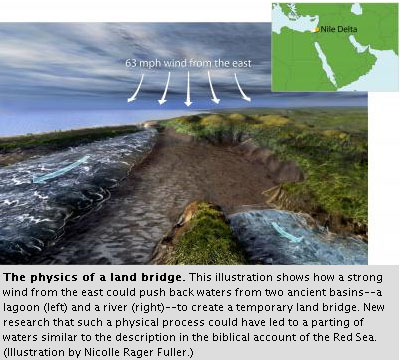 A pattern of skepticism

In my nearly 20 years of ministry – about 13 of which were spent in children, high school, and young adult ministries – I have seen the effects of this sort of thinking many times. Kids are inundated with this skepticism from teachers, writers, TV shows, YouTube, books, video games. Religious leaders are guilty of syncretism – trying to make the Christian worldview fit with an atheistic worldview. Perhaps the center of this anti-supernatural viewpoint is the university.

Students go away to college and have their first anthropology class. They hear that intelligent design is a fairy tale and that it isn’t even a position worth presenting. Or they hear a well-presented argument about the miracles in the Old Testament were simply superstitious people trying to wrap their unscientific brains around a natural phenomenon. If nobody presents a defense for the Christian worldview, this student’s beliefs are undermined. Even if they keep their faith after this initial barrage, they may attempt to reconcile the Truth of Scripture with the “truth” of scientism.

The team at Patterns of Evidence is releasing their new feature: The Red Sea Miracle (Part I) into theaters February 18, 2020. Go see the evidence for the miracle and avoid this slippery slope! 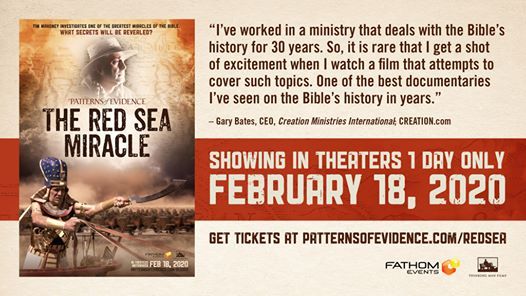 What can be done?

Ratio Christi’s mission is to develop thoughtful Christians and to share compelling reasons for following Christ on the college campus. We’re already on over 125 campuses across the world, but we need your help. Every Christian needs to be able to give an answer for why we believe in Jesus for our salvation (1 Peter 3:15).

Doubt is a natural part of the Christian life… and it can be very beneficial. Barna research shows that working through your doubts about the Bible results in a stronger faith (James 1:3). There are some things in the Bible that are hard to believe, but the Bible never asks us to have blind faith. I spoke about the students I’ve seen walk away from their faith. I’ve also seen students continue to grow stronger in their walk with Christ. Many of them were the students who expressed their doubts and wrestled with the facts.

You don’t need to have a Ph.D to help someone work through his or her doubts or objections. You don’t have to have all the answers right then and there. Learn how to say, “That’s a good question. Let me do some research and get back to you.” Sometimes all it takes to set a mind at ease is to show that Christians are thoughtful!

That being said, it doesn’t hurt to be prepared for these questions. Ratio Christi has a number of resources that can help you answer some of the most common questions and objections. We also recommend checking out the new film from the team at Patterns of Evidence: The Red Sea Miracle. Part one will be released into theaters for a special one day screening on February 18th, 2020. Part two will be released May 5th, 2020. Get your tickets here! 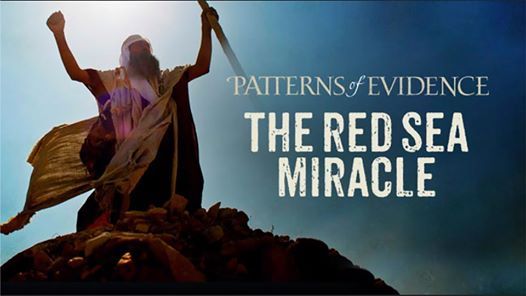