An Investigator Examines the Resurrection

Previous Next
An Investigator Examines the Resurrection

An Investigator Examines the Resurrection

Ross Hickling, a member of the Ratio Christi team is a retired investigator. He takes a look at the evidence for the resurrection of Jesus. 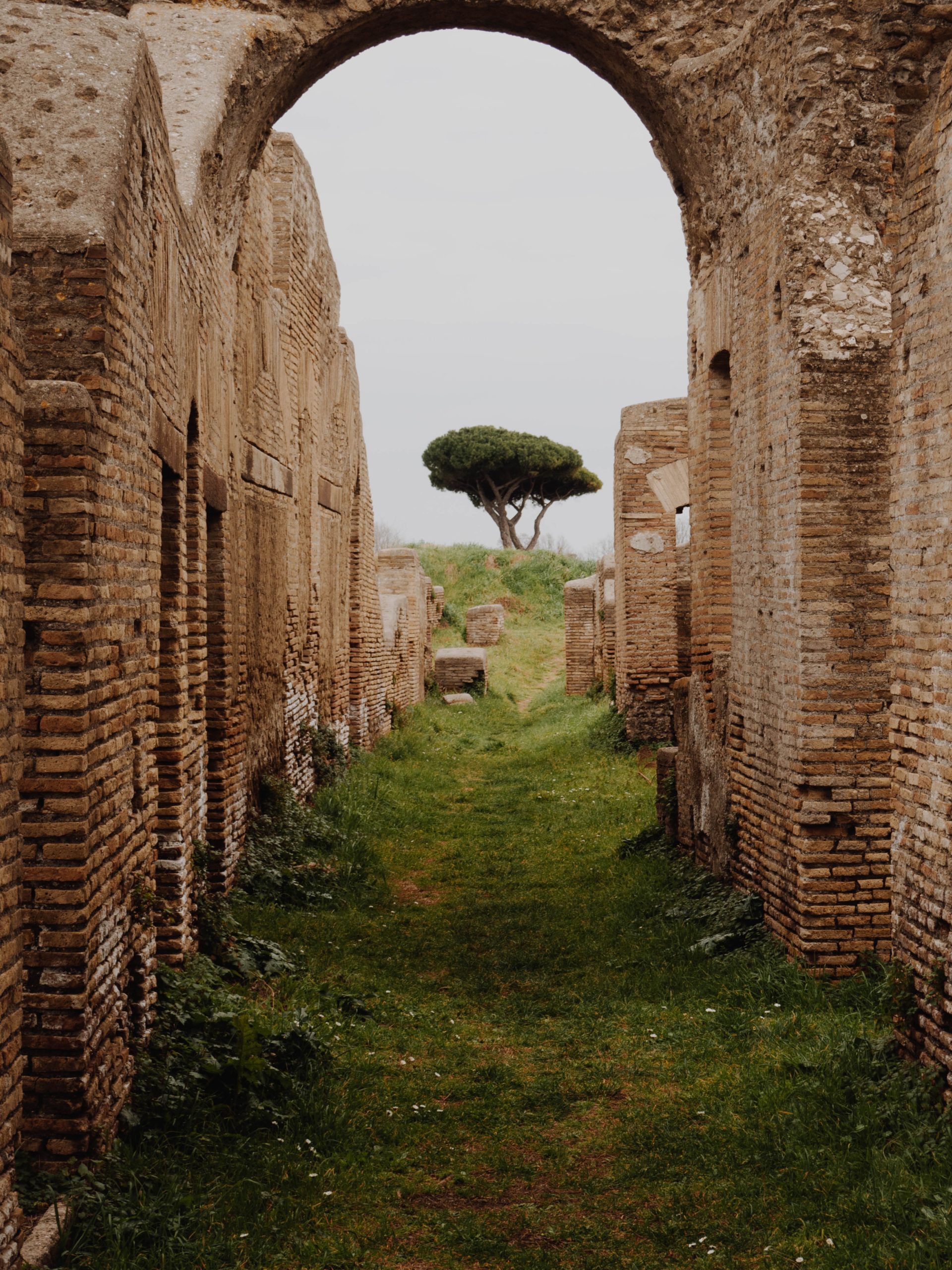 Tracking Down a Fugitive

I was confident that if we were patient enough, we would snag our fugitive in a mobile home located on the outskirts of the Piedmont-Triad area of North Carolina. I had been tipped off by an out of town Deputy U.S. Marshal that a “case” he was working was most likely in our area. After looking over the documents sent to me from my out of town partner, I began developing my own sources of information. Not only did I look at documentary sources, but I also began interviewing witnesses that I believed knew the fugitive.

Now it was time to conduct the surveillance. After playing a ruse on the fugitive, I was certain he was in the mobile home we had under surveillance. After a little back and forth conversation through the front door of the trailer, my investigation came to fruition. I came face to face with the fugitive after gaining entry into the home. We took the fugitive into custody even though he had tried to get out of the web we had woven for him.

In working my case, I had used principles of evidence to uncover the location of this non-compliant sex offender. I had relied upon documents to develop other leads which led to interviews. In turn, after conducting interviews of persons associated with the fugitive, I was able to come up with certain information that gave me a likely address and telephone number for him. After obtaining the likely address, I began my surveillance of the mobile home. Eventually, after gaining entry into the house, I visually identified the fugitive.

All along, even though I was not consciously thinking about each step of the investigation, I was using accepted prinicples of evidence to hone in on my target. I was using documents to gain valuable information. I was employing the principle of corroboration from these documents as I strengthened my evidence not just from one source, but from many sources. I further corroborated the documentary evidence for the location of the fugitive by interviewing witnesses who told me about their relationship with him. They informed me about the type of vehicle he drove and other pertinent information as well. 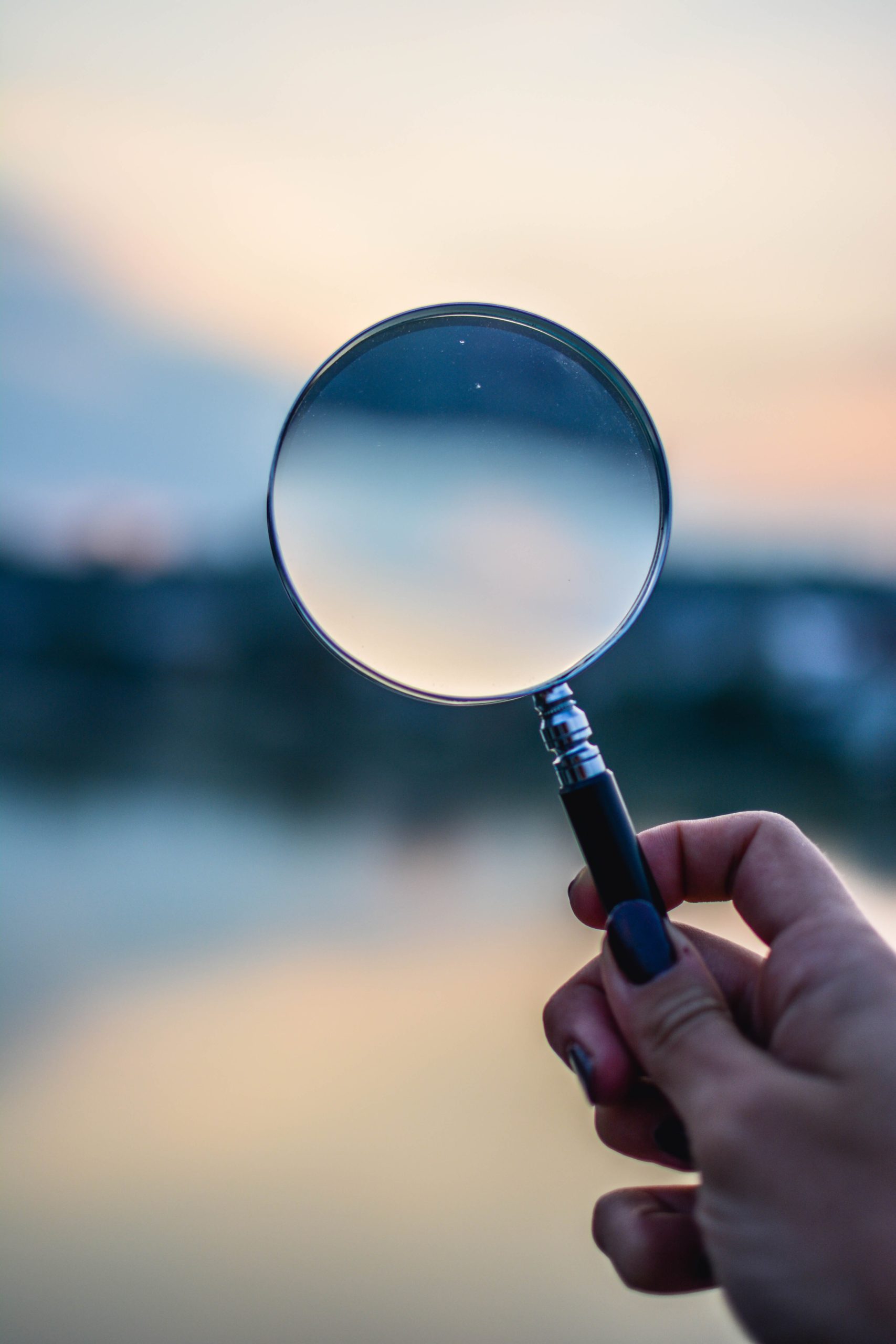 Direct and Indirect (or Circumstantial) Evidence

Finally, I witnessed not only the fugitive himself, but I also viewed his North Carolina identification which helped me to prove an element of a new crime (violation of federal sex offender registry statutes). In addition to corroborating my evidence, I also utilized the evidential principles of direct and indirect (or circumstantial) evidence. Seeing the fugitive myself and viewing the driver’s license he handed me was direct evidence that he was in fact residing at the residence in violation of the Adam Walsh Act.

When looking at his driver’s license (and other docs including pieces of mail, etc,) I utilized indirect or circumstantial evidence to infer or reason that my suspect had violated the Adam Walsh Act by illegally residing at this residence without registering as a sex offender. Welcome to the world of investigations! The most humorous moment in the investigation came when I realized that he was actually wearing a piece of evidence. The shirt he was wearing had his name and phone number on it (helping to prove his illegal residency-ha). The fugitive and I both laughed at this even as I took a picture of it to use against him in court.

The Resurrection By the Evidence

We have the account of John standing at the foot of the cross when Jesus died (Jn. 19:35). He, along with Peter, encountered an empty tomb where the body of Jesus had been lain (Jn. 20:1-8). He also experienced Jesus in a very personal way after Jesus died and he wrote about it (Jn. 21:4-7, 12). Matthew was part of the group of disciples who experienced Jesus after his death and wrote about it (Matt. 28:16-18). We have historical documents that were penned by those who witnessed these events.

Want to learn more about the evidence for Christ’s resurrection? 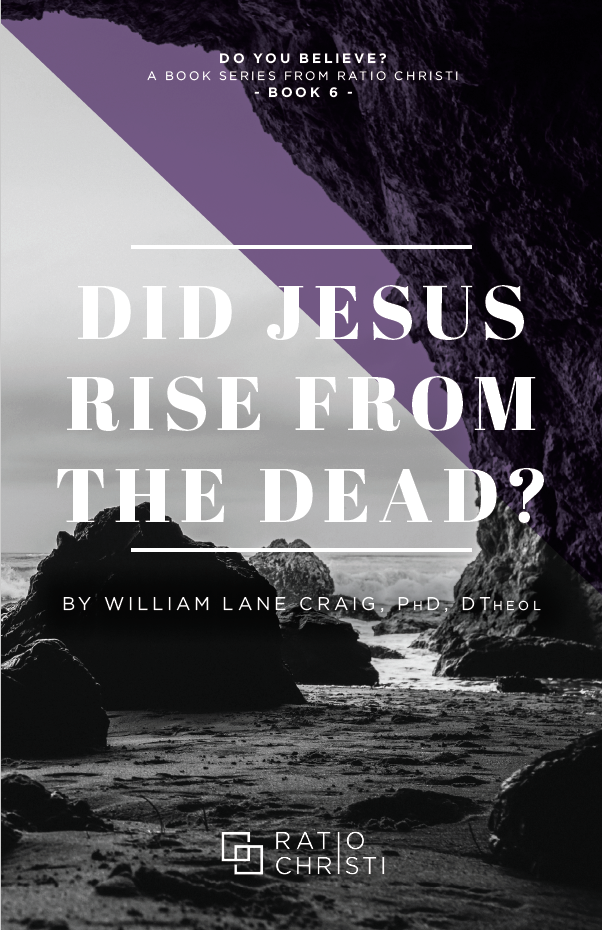 Did Jesus Rise From the Dead?

Skeptics: No One Saw the Resurrection

Some skeptics say that the disciples never eyewitnessed the resurrection itself. This is a fair point. It is always desirable to have a witness that can say that he saw the crime being committed. However, another form of direct evidence, intermediate direct evidence, can be used to answer this concern of skeptics. Intermediate direct evidence is often used in criminal cases. Sometimes, eyewitnesses provide testimony that does not prove the entire crime.
For instance, a witness may not have observed a suspect commit the heist of a particular car. However, if a witness observes the suspect driving the stolen car, this fact, along with other evidence, could lead a jury to convict this particular suspect of stealing the car. If additional witnesses come forward who provide other evidence, then this intermediate direct evidence can be used to establish that the suspect committed the crime.

Let’s say a second witness sees the same suspect loitering near the car with a crowbar before she hears the sound of breaking glass. She goes to call the police and when she returns to the window, the car is gone. Both witnesses did not observe the car actually being stolen but they did witness the suspect doing things that would be consistent with him stealing the car. An inference can be made that the suspect stole the car.

Intermediate Direct Evidence and the Resurrection

In a similar way, there is intermediate direct evidence reported in the Gospel accounts that can lead us to the conclusion that Jesus Christ arose from the dead. In fact, there was an eyewitness who wrote about the death and burial of Jesus Christ (John). There were also eyewitnesses to the resurrected Jesus Christ who wrote about it (Matthew, John, Paul). We have these accounts in authenticated documents today that were written within only decades from the events they describe. Moreover, the resurrected Jesus Christ was witnessed twelve times by numerous persons in different scenarios. This strengthening of evidence displays the evidential principle of corroboration.

Looking at the resurrection accounts of Mark and Luke, we have two investigators who interviewed witnesses of the resurrection. They were in a position to talk to eyewitnesses by virtue of their close relationships with them. We know from documents outside of the New Testament that Luke was a close associate of Paul and that Mark was closely associated with Peter (Peter also calls Mark “my son” in 1 Peter 5:13). In certain instances, police reports are allowed into court proceedings to augment the understanding of a certain facet of a case. The accounts of Mark and Luke are in line with this sort of investigative reporting. They are historical investigative reports taken from actual witnesses to the resurrection and surrounding events. 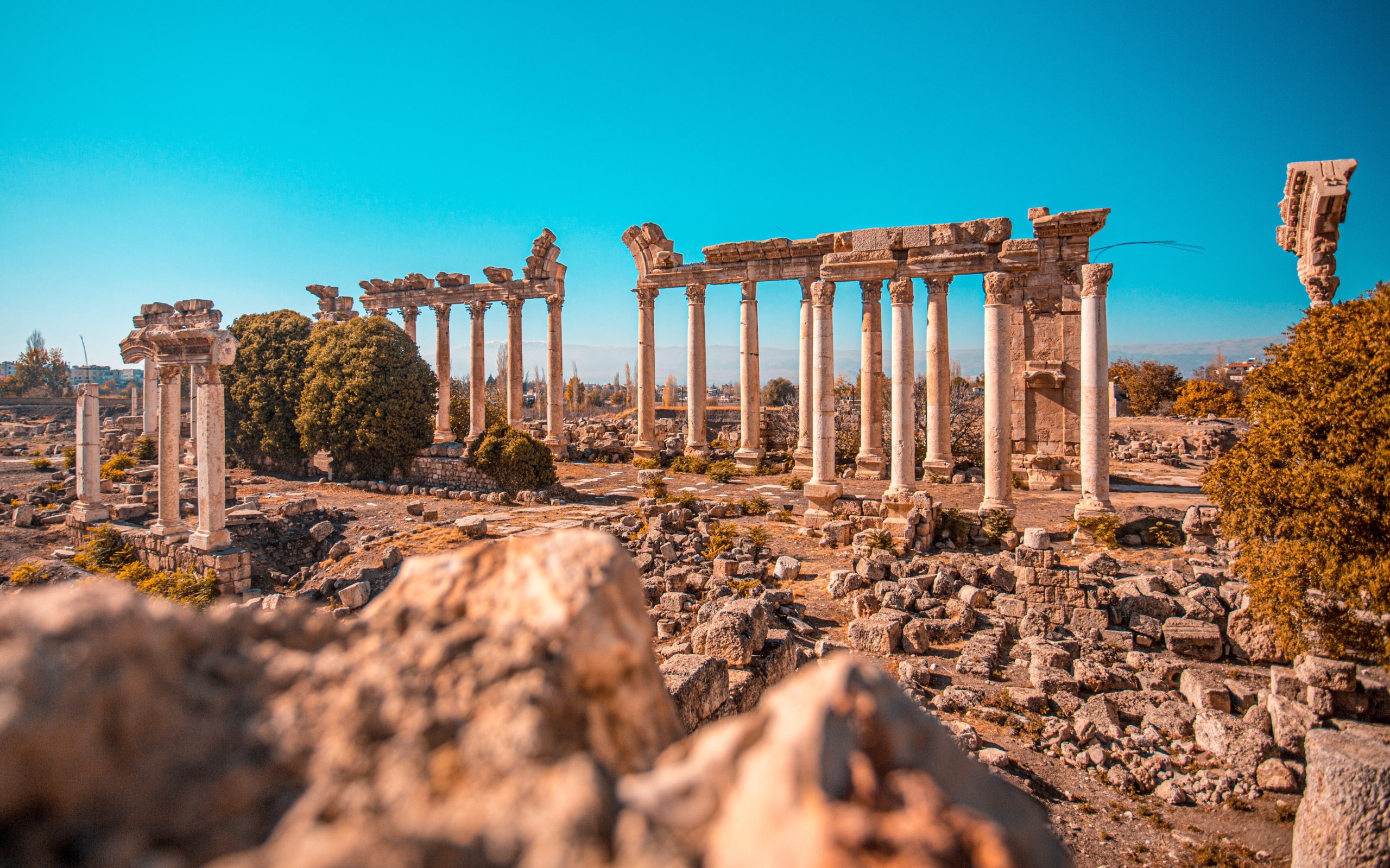 In the investigation that I referred to before, I concluded (or inferred from the evidence) that a sex-offender was in violation of local and federal registry statutes. I made this inference after looking at pieces of mail and the fugitive’s driver’s license. This sort of evidence can also be categorized as circumstantial or indirect evidence. From circumstances, you can infer that a crime was committed. We can look at various circumstances that show us the resurrection accounts can be trusted. One of these pieces of information is the conversion and ministry of Paul. How is it that one of the chief antagonists of the early Christian church becomes its chief missionary? An inference can be made that Paul actually encountered what he believed to be the risen Jesus Christ.

Another piece of circumstancial evidence that affirms the authenticity of the resurrection comes from the martyrdom of Thomas. This disciple was the very first skeptic of the resurrection. Confronted with the risen Jesus, he makes his proclamation of belief. Early Indian Christian tradition informs us that he was later martyred for his belief in the resurrected Jesus Christ. What accounts for this change from skeptic to missionary-martyr?

By using the same principles of evidence that I employed in my law enforcement career, we can be confident that the resurrection of Jesus Christ actually occurred in space and time. It is the best conclusion that can be made considering all of the evidence we have today! With that being said, what are the implications for us today if we have the very words of the risen Jesus available to us in the Gospels? 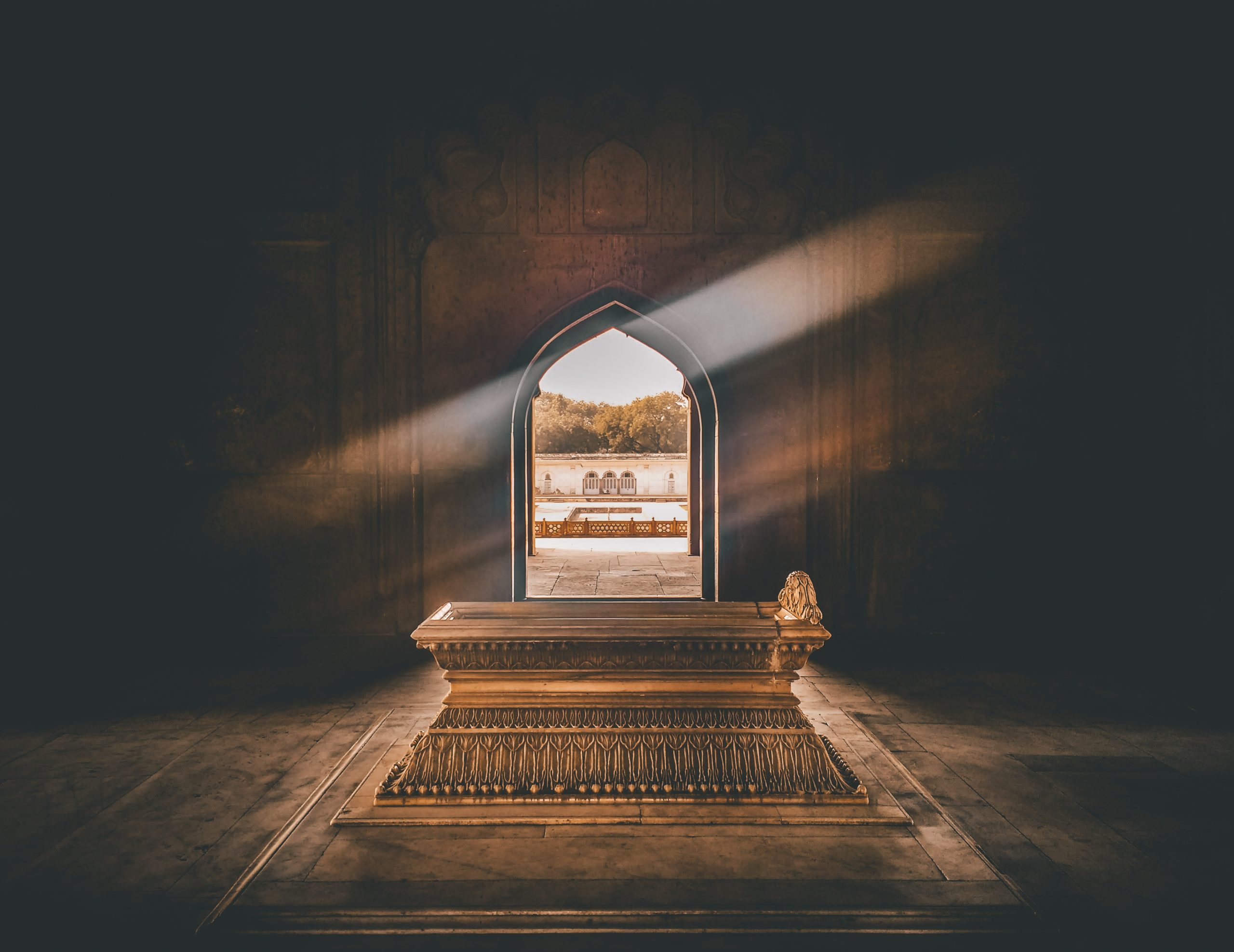 Ross has been married to his wife Andrea for almost twenty-five years, and has two adult children, Ryan and Rachel, who are currently engaged in college education themselves. Among Ross’s recreational pursuits are going to the beach or any form of water when it is warm outside, singing, listening to good music, reading, eating good food, weightlifting, and just hanging out with friends and family. Ross is excited about being a new Ratio Christi chapter director and is enthused about getting to know the students/faculty on the Wake Forest campus. 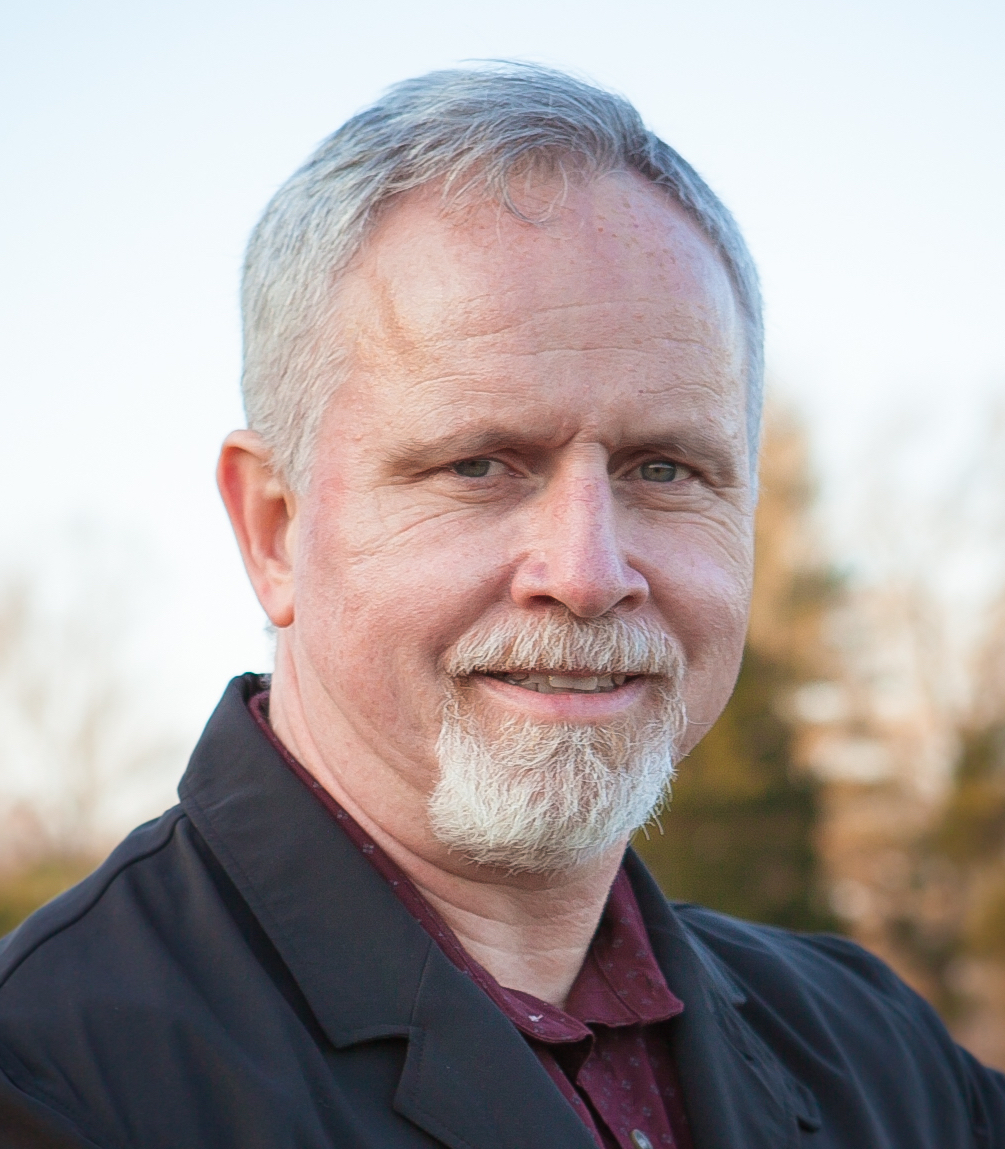