Skip to content
Previous Next
Childbirth: A Genesis Memorial

Each mother’s experience varies in intensity and duration, but the process of childbirth is universal:

The phenomenon of childbirth attests to the truth of Genesis and reveals that the Christian faith best explains what an estimated 350,000 mothers experience each day. The French apologist, Chateaubriand, remarked:

“To be convinced of the fatal truth whence springs the mystery of redemption, we need no other proof than the malediction pronounced against Eve,–a malediction which is daily accomplished before our eyes. How significant are the pangs, and at the same time the joys, of a mother! What mysterious intimation of man and his twofold destiny, predicted at once by the pains and pleasures of child-birth! We cannot mistake the views of the Most High, when we behold the two great ends of man in the labor of his mother…”

God created the world, and placed the first man and woman in a beautiful garden paradise and commanded them to “be fruitful and multiply” (Genesis 1:28). God’s intention from the beginning was for humanity to populate the wonderful world He had made and enjoy its blessings. God also ordained a period of testing for Adam and Eve, to see if they would be obedient to their Creator. God issued a solitary prohibition (Gen. 2:17):

“…but of the tree of the knowledge of good and evil you shall not eat, for in the day that you eat of it you shall surely die.”

In time, the devil visited the garden disguised as a serpent, and persuaded Eve to ignore God’s command and eat from the tree. Her husband, Adam, also ate from it. Their failure to obey God brought a curse upon the entire world. In theological terms, this is called the Fall of Man and it’s one of the most important events in human history because it explains why we see pain, suffering, and death in the world. This includes the pain mothers endure when giving birth.

To the woman He said,
“I will greatly multiply
Your pain in childbirth,
In pain you will bring forth children;

Today, modern medicine provides ways to avoid the full extent of the pain, such as epidural anesthesia. But the need for such relief is itself a confirmation of Genesis; every occurrence of childbirth is a flashback to the fall.

Atheists attempt to explain the pain of childbirth through naturalism. In a recent discussion with an atheist on this topic, one person argued:

Apart from smuggling in naturalistic assumptions, this explanation fails give us an actual reason for the facts we observe today. The cranial size of an infant’s head tells us something about human anatomy, but it doesn’t explain why the female cervix is so slow to widen or why the uterus contracts during labor with repetitive, increasingly sharp pains. Why would this process be painful if natural processes created it over vast ages of time? We don’t see equal agony throughout the animal kingdom? Human childbirth is uniquely painful and as Chateaubriand aptly noted, it corroborates the “malediction against Eve.”

Equally important, the Bible makes sense of the joy on the other side of the pain. Beyond mere relief, the birth of a child produces deep, overwhelming happiness. Our eyes overflow with tears and our hearts burst with love and affection for the new life that has come into the world. The atheist may counter that the joy is nothing more than chemicals in the brain. In the aforementioned discussion, this atheist continued:

Christian philosopher, J.P. Moreland, explains how the indiscernibility of identicals refutes such a defective response:

“Identity is not cause and effect, it’s not correlation and it’s not functional dependency. Just because a mental state functionally depends for its obtaining on a brain state, that is not sufficient to show that the mental state is identical to the brain state.”

In other words, that certain chemicals act upon the brain and cause feelings does not mean the chemicals are the feelings. Causation is not identity. It’s for this reason a doctor can look at brain scans of a mother who’s just delivered a baby, but he will not see the joy. He can’t locate it, test it, or analyze it. Joy is not a chemical.

There is also an eschatological aspect to childbirth which further supports the truth of the Bible. Right before the curse upon the woman in Genesis 3, God issued a curse upon the serpent; It’s the first prophecy of the good news of Jesus Christ (Genesis 3:15):

And I will put enmity
Between you and the woman,
And between your seed and her seed;
He shall bruise you on the head,
And you shall bruise him on the heel.”

The “seed” of the women refers to the future birth of the Savior, Jesus Christ, and His ultimate defeat of the devil through His resurrection. What’s striking about this is that through the bearing of children, women not only brought about the coming of the Savior into the world, but the bearing of children continues to move us toward His second coming, when all His enemies will be put under His feet. (1 Corinthians 15:25) This is what Chateaubriand meant when he referred to “man and his twofold destiny.” We are destined for suffering in this life because of the Fall, but we also have the hope of an eternal life beyond the grave through Christ’s sacrifice for our sins. Childbirth points to both: the pain reminds us of the Fall and the joy reminds us of the gospel.

Is it any surprise that the enemy continues to deceive women today, convincing them that abortion is preferable to birth? He doesn’t want women to feel the pain or the joy of childbirth because both point to her Creator. Abortion is not only the unjust taking of life, but also the theft of the rich memorials of Genesis that God has stationed at childbirth. God made us in His image and gave us rational minds that are not satisfied with “the universe just is;” we seek to understand the world and all of human history documents humanity’s quest for purpose and meaning. Only the history God has revealed in the book of Genesis makes sense of childbirth: great pain followed by indescribable joy. Both are perfectly explained by the inspired words of the Bible.

Scarlett Clay is the former Ratio Christi Chapter Director at University of Texas in Austin. She earned her Masters Degree in Christian Apologetics from Biola University and is presently pursuing her MDiv at the Southern Baptist Theological Seminary. Her interests include art history, public speaking, and Christian apologetics. Scarlett can be reached at scarlettclay@ratiochristi.org. 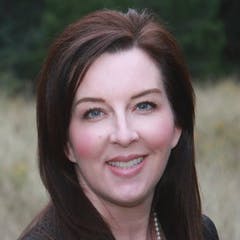