Previous Next
Does the Bible support abortion like Buttegieg says?

Does the Bible support abortion? 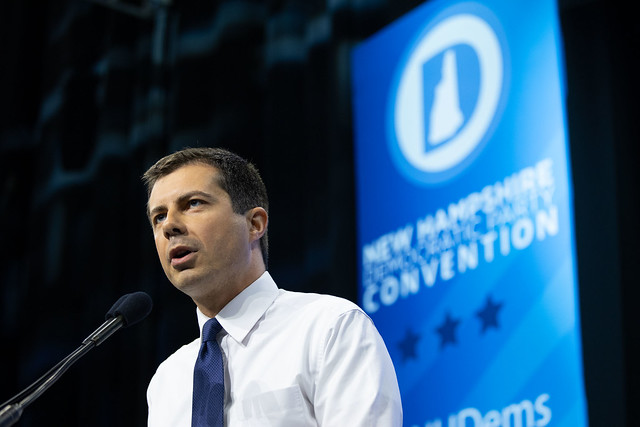 As he has so many times before, South Bend, IN Mayor and Democratic Presidential Candidate Pete Buttigieg (pronounced “boot-a-judge”) is attempting to use a distorted view of Scripture to justify his politics.  His latest adventure in misuse of Scripture is trying to claim that abortion is perfectly compatible with the Scripture and Christian theology.  In an interview on the politically left-leaning radio show “The Breakfast Club”, Mayor Pete (as he’s called in his hometown) said that Republicans (for him, a synonym for “Christians”) try to hold everyone in line with doctrine on abortion.

Christianity according to Buttigieg

According to Buttigieg,  abortion “is obviously a tough issue for a lot of people to think through morally…then again, there’s a lot of parts of the Bible that talk about how life begins with breath, and so even that is something that we can interpret differently…I think, no matter what you think about the kind of cosmic question of how life begins, most Americans can get on board with the idea of, alright, I might draw the line here, you might draw the line there, but the most important thing is the person who should be drawing the line is the woman making the decision.”

Its difficult to know what exact Scriptures Buttigieg had in mind, since he didn’t reference any specifically.  What is clear, though, is that if challenged to do so, he’d have a pretty tough time making the case for his argument on both Biblical as well as scientific grounds.

In the Old Testament

Several passages in both the Old and New Testaments could be cited to support the idea that God recognizes that human life begins in the womb.  In Isaiah 44:24 we read, “This is what the LORD says— your Redeemer, who formed you in the womb: I am the LORD, the Maker of all things, who stretches out the heavens, who spreads out the earth by myself, “ Note that the Lord clearly says He formed us “in the womb”.

Then there is Exodus 21:22, “If men fight and hit a pregnant woman and her child is born prematurely, but there is no serious injury, he will surely be punished in accordance with what the woman’s husband demands of him, and he will pay what the court decides.”   Here we note that it is a “child” that is born prematurely.  Psalm 139:13 says, “For you created my inmost being;  you knit me together in my mother’s womb.”  Again, the image of being formed as a human being in the womb.

On final example will really drive home the point.  In Luke 1:41-44, we see the meeting of Mary, who is pregnant with Jesus, and her cousin Mary, who is also pregnant with John the Baptist.  “when Elizabeth heard the salutation of Mary, the infant leapt in her womb.” Then in verses 42 to 44, Elizabeth “cried out with a loud voice, and said: ‘… For behold as soon as the voice of thy salutation sounded in my ears, the infant in my womb leapt for joy.’”  So much for trying to establish Biblically that life begins with the first breath.

Buttigieg’s case also fails scientifically.  Thomas McArdle, writing at Issues and Insights says, “Keith L. Moore was an anatomy professor at the University of Toronto, associate dean for Basic Medical Sciences in its faculty of Medicine, chair of anatomy from 1976 to 1984, and a founding member of the American Association of Clinical Anatomists. His numerous awards of distinction include the American Medical Writers Association’s First Place Award for medical books in the physicians category for 1993.

A scientific definition of the beginning of human development

In his 1988 book “Essentials of Human Embryology,” professor Moore writes: “Human development begins after the union of male and female gametes or germ cells during a process known as fertilization.” He defines fertilization as “a sequence of events that begins with the contact of a sperm (spermatozoon) with a secondary oocyte (ovum) and ends with the fusion of their pronuclei (the haploid nuclei of the sperm and ovum) and the mingling of their chromosomes to form a new cell. This fertilized ovum, known as a zygote, is a large diploid cell that is the beginning, or primordium, of a human being.”

Unlike Buttigieg, this longtime scientific expert on the stages of human life doesn’t call it a “cosmic question” or say “I might draw the line here, you might draw the line there,” nor does he “talk about how life begins with breath.””  McArdle goes on to quote a highly regarded science encyclopedia that states, “At the moment the sperm cell of the human male meets the ovum of the female and the union results in a fertilized ovum (zygote), a new life has begun …”  Science, it seems, confirms what we know from Scripture and completely refutes Buttigieg’s misuse of Scripture.

Given how easy it is to refute Buttigieg’s misuse and twisting of Scripture to suit his political agenda, one has to wonder what’s really going on here.  With how often Buttigieg makes references to Scripture to support his positions, it seems he’s attempting to appeal to Evangelical voters.  It is almost as if he is saying, “See, you can be a good Christian and still support abortion, or same-sex marriage, or all these other policies I favor.” 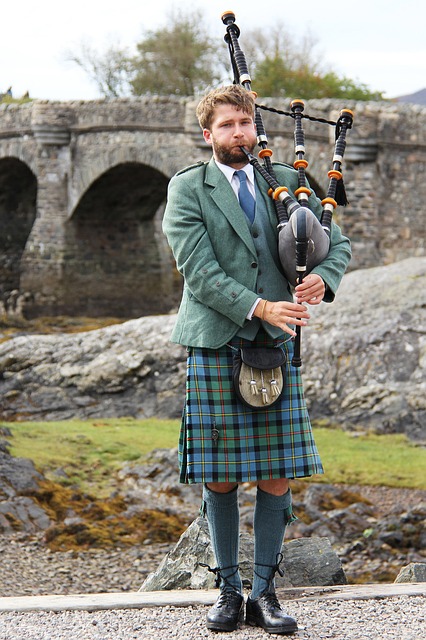 Which brings me to the last problem with Buttigieg’s approach to using Scripture. He’s a master at employing the “No True Scotsman (NTS)” logical fallacy. The No True Scottsman fallacy involves presenting a generalization and refusing evidence to the contrary by changing the definition of the generalization to specifically exclude the contrary evidence.

An example of the No True Scotsman fallacy

The NTS fallacy goes something like this:  Hamish says: “No true Scotsman would ever put sugar on his porridge.”  Angus replies, “But, look at McAndrews over there, he’s putting sugar on his porridge. And he’s a 5th generation Highlander!”  Hamish replies, “Aye, like I said, McAndrews cannot be a true Scotsman.”   Essentially the NTS makes the claim irrefutable by any contrary evidence.

Buttigieg’s arguments come down to a version of “No true Christian would oppose [fill in the blank with one of Buttigieg’s policy positions].”   For his position on abortion, Buttigieg is essentially saying that “sure Christians have used a narrow view of scripture to support their opposition to abortion, but the true Christian understanding is that life begins with the first breath!  I know, because I’m a true fellow Christian, and this is the correct view.”

And, if that’s not enough, he makes certain to squash all attempts at refutation by saying that the only person who can really make the determination is the pregnant woman.  That’s the most “important thing” (read: undeniable fact), according to Buttigieg.

Buttigieg is simply the latest in a long line of individuals who are claiming that Christianity fits their personal worldview. The arguments Buttigieg makes are scripturally erroneous, scientifically invalid, and logically fallacious.

At Ratio Christi, we do not feel that abortion is consistent with the Christian worldview as defined by Scripture. We feel that it is very important for Christians to know what is included in, as CS Lewis puts it, mere Christianity. On university campuses, Christians are told that there is an acceptable version of Christianity as practiced by Mayor Pete that includes a number of progressive ideas. Ratio Christi exists to present a more thoughtful Christianity. Find out more about us here.