The Goodness of Christianity Part I

Previous Next
The Goodness of Christianity Part I

The Goodness of Christianity:

The Movement that Transformed Civilization (Part I) 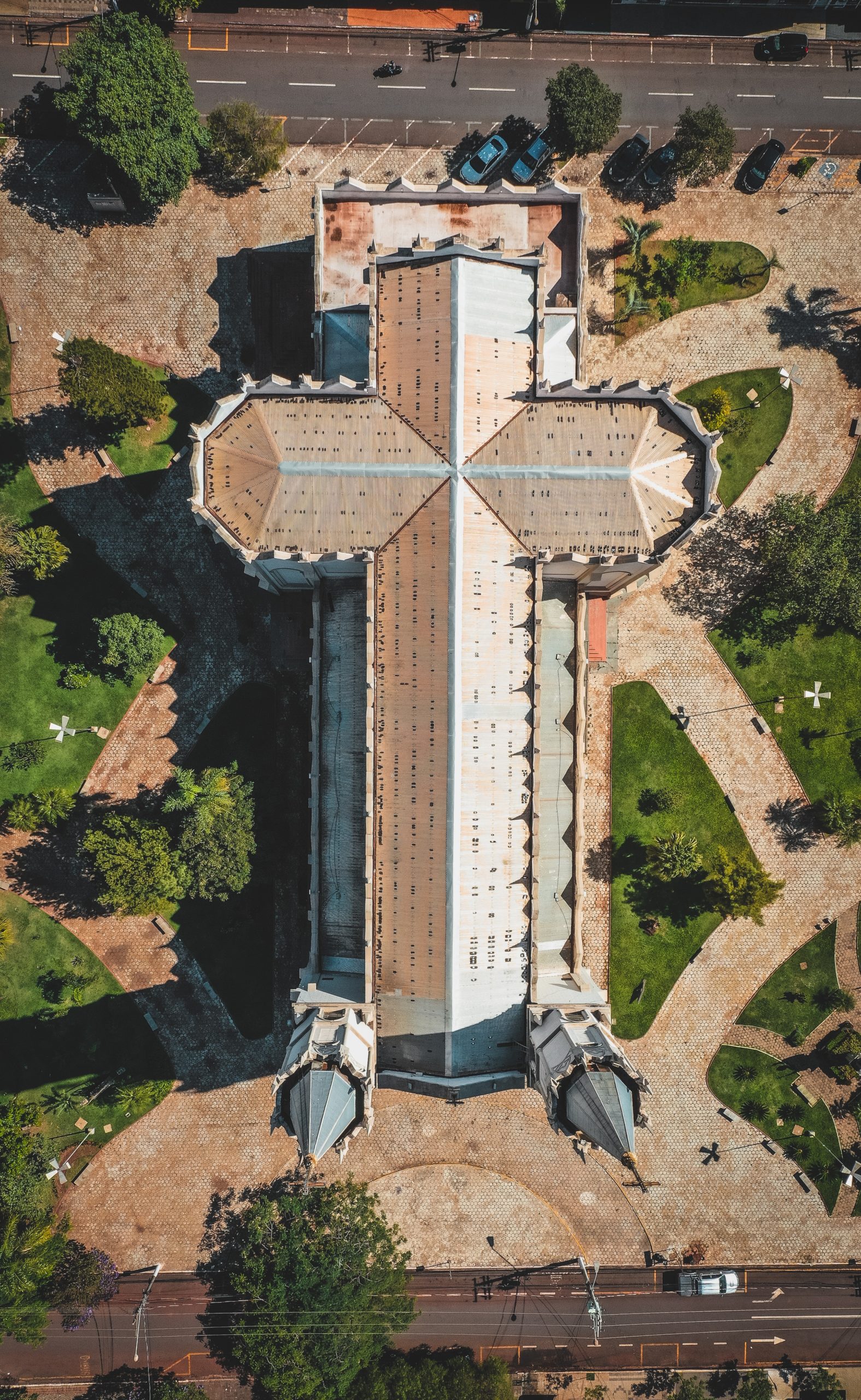 The Imprint of Jesus is Unmatched in History

The mark of history, his story, seems to be the imprint of Jesus. Speaking eight languages by age 20 and earning a PhD at 22, Yale historian, Jaroslav Pelikan, minced no words in the introduction to his book:

Regardless of what anyone may personally think or believe about Him, Jesus of Nazareth has been the dominant figure in the history of Western culture for almost 20 centuries. If it were possible, with some sort of super magnet, to pull up out of that history every scrap of metal bearing at least a trace of his name, how much would be left?[1]

Harvard psychology professor and atheist, Steven Pinker is the author of a recent best-seller, Enlightenment Now, which has a cover endorsement by billionaire, Bill Gates. Gates claims that it is his new favorite book of all time. The book is an apologetic for secular humanism and somewhat revisionary history compared to the work of an actual historian from Yale.[2]

Pinker’s message is that reason, science and humanism—which he claims are the key themes of the Enlightenment—have led to mass progress in most areas of life. No doubt they have contributed. They are allegedly our best means of continuing this progress into the future. But these ideals are not consistently upheld and are often under attack. Therefore, we need to fortify and defend them against counter-Enlightenment enemies like religion.

He reveals his ignorance as he saws off the branch on which he sits. The very university from which he luxuriously pontificates was founded by the Puritans, devout apprentices of Jesus. Its motto for nearly 300 years was “Truth for Christ and the Church.”

Pinker endorses the capitalist enterprise but fails to see that the father of modern capitalism, Adam Smith, was a Christian who spoke of the “hand of God” in his great work, The Wealth of Nations. Three billion people have since been delivered from poverty, thanks in part to capitalism, and billions more have been helped by charity. Far from Marxism’s socialistic impetus of coercive giving, “from each according to their ability to each according to their need,” Jesus modelled giving by giving himself. The early church followed.

Jesus, not humanism, is the greatest motivator for charity in the history of humanity. As a Jew he embraced the sanctity of human life. He was the finest expression of humanity and of the highest form of love. Christianity is the biggest movement in history and followers follow. The compassionate Jesus community emerged very early on. This fact is recognized by even the most ardent atheist thinkers. Princeton moral philosopher, Peter Singer, confesses:

The doctrine of the sanctity of all human life, and the seriousness with which the killing of any member of our species is regarded, mark off the Christian ethical and cultural tradition from almost all others…. That very many different societies have seen no moral objection to abortion and infanticide is, I think, well-known. Even if we restrict our attention to infanticide, the list is almost endless…. Both Plato, in the Republic, and Aristotle, in his Politics, propose that the state command the killing of deformed infants…. We find nothing resembling the doctrine that the lives of all born of human parents are sacred in the pre-Christian literature. There can be no doubt that the change in European attitudes to abortion and infanticide is a product of the coming of Christianity.[3]

Want to learn more about how SOCIAL JUSTICE impacts universities?

Far more impactful than secular humanism is Christian humanism. When the abortion issue is brought up it is common to hear critics claim that Christians—the most prominent defenders of the right to life—are concerned only for the preborn but not for the post-born. The critics’ favorite scathing aphorism of pro-lifers is that “life begins at conception and ends at birth.” But nothing could be further from the truth.[4] While there are 600 Planned Parenthood centers that offer health services plus beheading of babies, ripping off limbs, and burning alive, there are over 3,000 centers that offer only genuine women’s health and not a mixed bag of the grim reaper and medical care. Furthermore, they offer help to mothers and their babies long after birth. Numerous churches offer personal help to young mothers and given the Christian impetus toward life and the poor it is unsurprising that the Christian community is responsible for more than twice that of the general population when it comes to adoption.[5]

Further, have these critics ever bothered reflecting even for a moment that the name of the hospital in which they were born, visited numerous times, and might even die in most likely bears a religious denominational title in the name (St. Elizabeth, Presbyterian Hospital, St. Jude, Methodist Hospital, St. Mark, etc). Hospitals were invented by and exponentially multiplied because of Jesus’ apprentices. Hospitals, as such, are places for patients to be admitted for treatment, the treatment given is by trained professionals, and was once done charitably for the impoverished. The idea of the hospital rose to prominence in the 4th century with the building of Basil’s hospital in the city of Caesarea in the Roman Empire. Basil the Great, a monastic leader, church bishop, theologian, and one who suffered sickness himself, envisioned and established the first hospital.[6]

Today, inspired by Christ, the largest disaster relief organizations in the country and with operations around the world are the Red Cross, Salvation Army, and Southern Baptist Convention. Not only were they founded by Christians, they continue to be staffed predominantly by Christians. They work in tandem. For example, every hot meal served by the Red Cross in the country is prepared by the Southern Baptists.[7] The largest child relief and adoption organizations are likewise… wait for it… Christian.[8] The same goes for anti-sex trafficking organizations that help women escape and work with local governments and other agencies to get them help and back into society. [9] 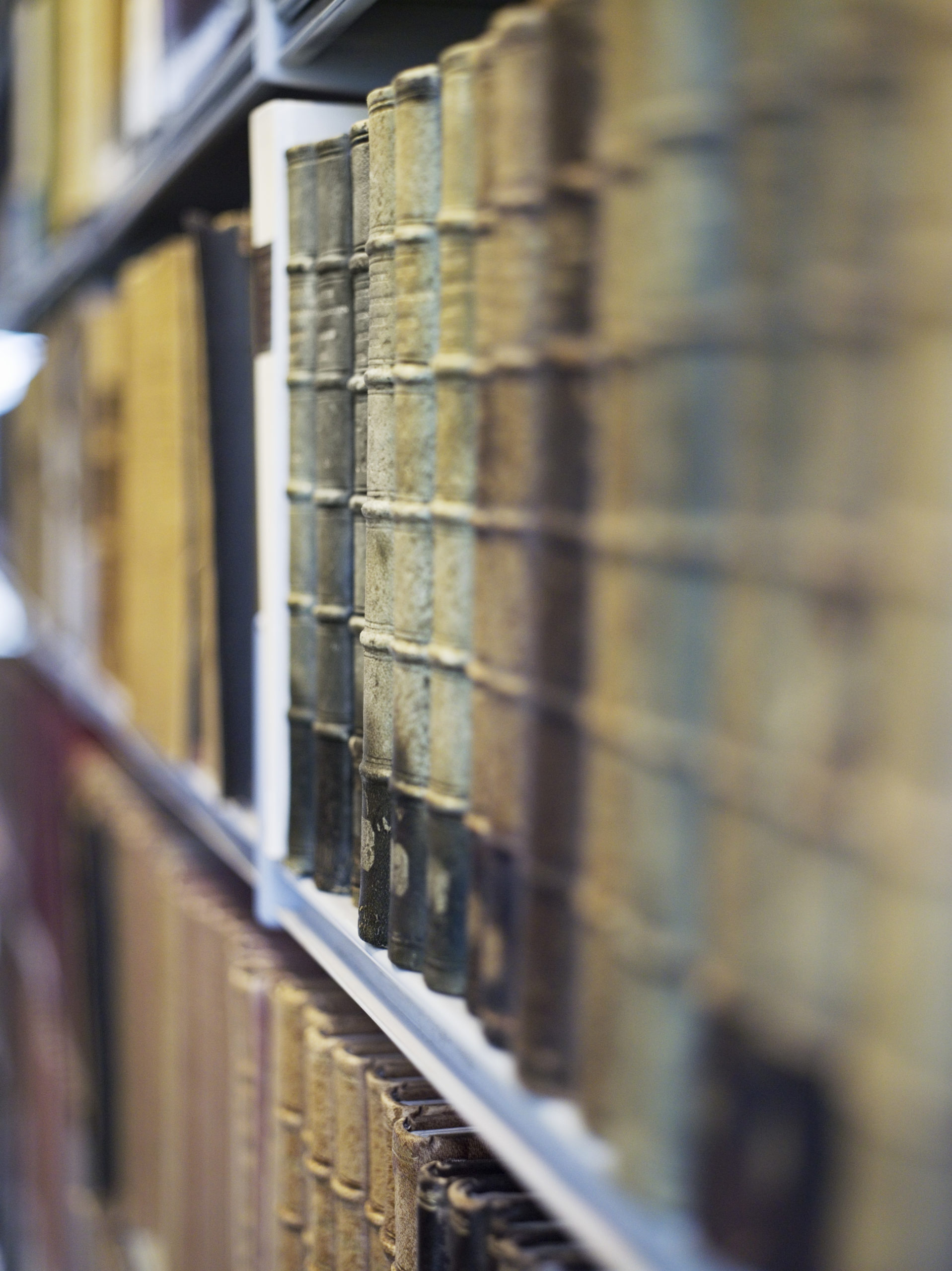 Beyond institutions, when it comes to individual charitable giving, on average, conservative Christians are the most charitable. Ironically, they’re even more charitable to secular causes than are secular people. This goes beyond monetary charity to other commitments like, say, giving blood. One professor at Syracuse University admits that he began as a skeptic about the thesis that religious conservatives were the biggest givers per capita. But after having spent decades researching philanthropy he was made a convert. He was liberal and wrote, “In years of research, I have never found a measurable way in which secularists are more charitable than religious people.”[10] He observes:

Brooks shows that even views about whose role it is to give matters. Upon someone indicating strong governmental care for the poor rather than a skepticism about government, the data predicts the former will give far less than the latter. It shows that people who have children are, on average, more generous than those who don’t. Christians excel here. People who were raised in church, even if they don’t go now, are more generous than those who never regularly attended. Ironically, Bill Gates, who endorsed the Pinker book and whose foundation gives millions to charity, claimed in his 2014 interview with Rollingstone to believe in God, to have been raised in church, and he currently raises his family with three kids in church… even if he doesn’t quite understand the faith or its value.[15] 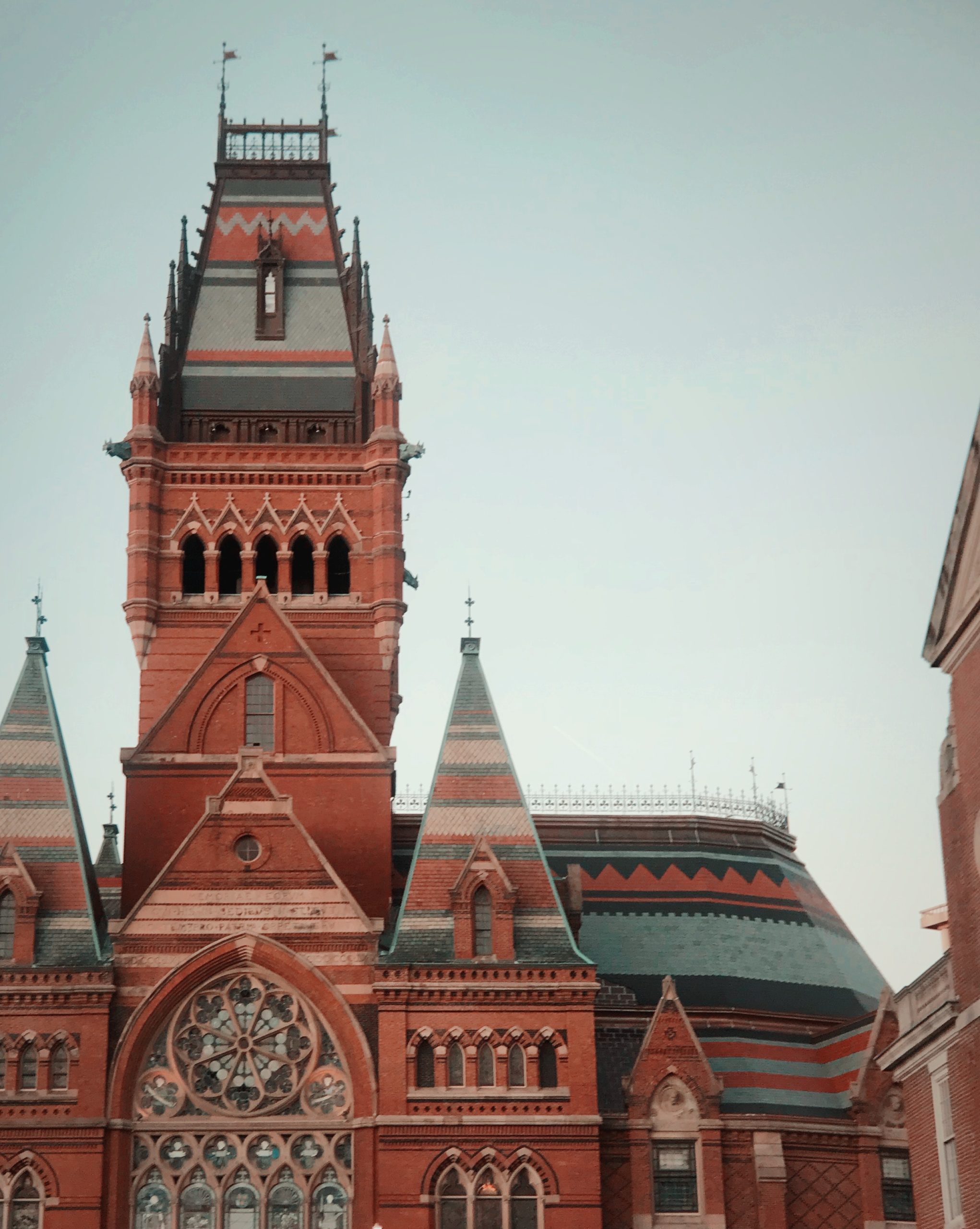 And what of human rights? The holocaust provided major impetus for the human rights movement. In the 1948 Universal Declaration of Human Rights, we see that humans have a special moral status. It demands “…recognition of the inherent dignity and of the equal and inalienable rights of all members of the human family.”[16] The grounding of this intrinsic dignity shared by all humans is in virtue of their being human as such. It is because such rights owed to human dignity is inherent that they are likewise inalienable. The state can’t take them away because it never had the authority to give them. Something or someone else did. It is this notion we also find in the US Declaration of Independence. It something transcendentally endowed by our Creator. It is why all lives matter. The expression “human rights” is derived from “natural rights,” which is derived from “natural law,” and further derived from “divine law.”[17] What would that be if not grounded in man being made in God’s image?

“If … men were reared under precisely the same conditions as hive-bees, there can hardly be a doubt that our unmarried females would, like the worker-bees, think it a sacred duty to kill their brothers, and mothers would strive to kill their fertile daughters; an n on one would think of interfering.”[18]

It does not appear that this provides a satisfactory ground of human rights and attending obligations. The great anti-theist, Richard Dawkins, now concedes that theistic belief seems to have greater moral motivation than not. He announces this much to his chagrin in his recent 2019 book in a chapter titled “Do we need God in order to be good?” He says: “Whether irrational or not, it does, unfortunately, seem plausible that if somebody sincerely believes God is watching his every move, he might be more likely to be good,”[19]

The imprint of Jesus is clear. Jurgen Habermas, one of Europe’s leading intellectuals (philosopher and atheist) observed that democracy, human rights, equality, and freedom as we know it are “the direct heir to the Judaic ethic of justice and the Christian ethic of love” and that any other attempted explanation for them is “just idle postmodern talk.”[20]

[1] Jaroslav Pelikan, Jesus Through the Centuries: His Place in the History of Culture (New Haven, CT: Yale University Press, 1999)

[6] Andrew Crislip, From Monastery to Hospital: Christian Monasticism and the Transformation of Health Care in Late Antiquity (Ann Arbor: The University of Michigan Press, 2005).

[8] Organizations like Compassion International and World Vision help people adopt and serve via child sponsorship more than 5.5 babies, children, and youth in 100+ countries.

[9] International Justice Mission whose goal it is to end human sex trafficking.

[17] Griffin writes, “The French marked the secularization of the concept by changing the name from ‘natural rights’ to human rights’ … The secularized notion that we were left with at the end of the Enlightenment is still our notion today. Its intension has not changed since then: a right that we have simply in virtue of being human.” See James Griffin, On Human Rights (Oxford: Oxford University Press 2008), 1-2. It was the Christian John Locke, European genius and founder of liberal democracy who was influential on America’s Founding Fathers and attending founding documents. See his Two Treatises on Human Government (London: Everyman, 1993).

Corey Miller, PhD, is President and CEO of Ratio Christi and taught philosophy and comparative religions at Indiana University. He is coeditor ofIs Faith in God Reasonable? Debates in Philosophy, Science, and Rhetoric (Routledge, 2014), coauthor of Leaving Mormonism: Why Four Scholars Changed Their Minds (Ratio Christi/Kregel, 2017), and author of In Search of the Good Life: Through the Eyes of Aristotle, Maimonides, and Aquinas (Pickwick, 2019).