Previous Next
The Real Santa Claus 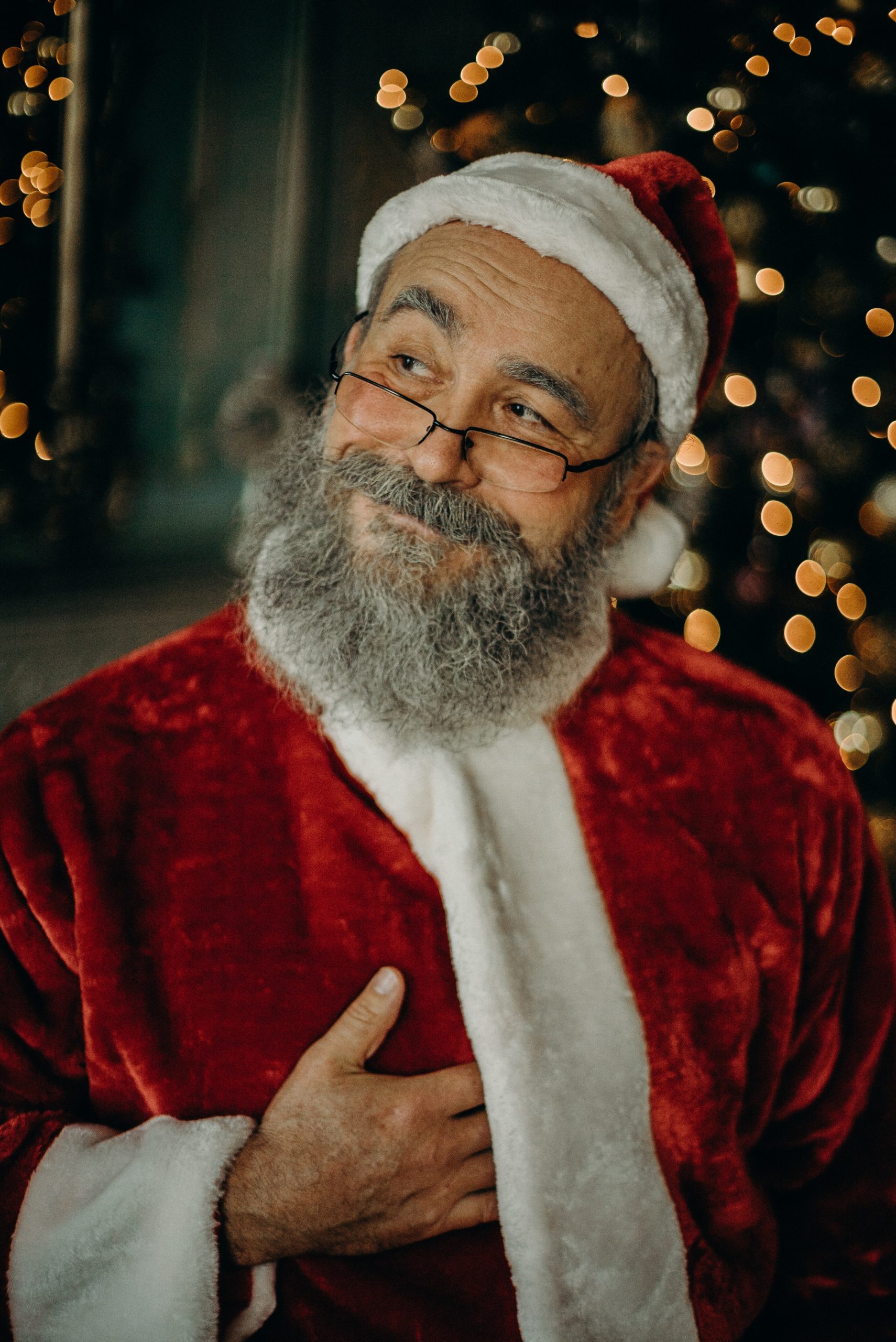 Do you believe in the real Santa Claus? During the Christmas season, we see lots of stories about the real Saint Nicholas. As a popular figure in the early Church, Nicholas of Myra has had a lasting effect on the Church. What is the real story of Santa Claus?

I was never a child that really believed in Santa Claus. As the youngest child in a very pragmatic family, I think that the Santa myth was busted from an early age. I do remember that everyone in my family would jokingly talk about Santa every Christmas:

“What do you think dad — I mean Santa — got you for Christmas?”

“Santa has to stop by Target tonight for stocking stuffers!”

One thing that I never stopped about was where the Santa Claus mythos comes from. Who was the real person behind Santa Claus? Who was Jolly Ol’ Saint Nick? I read some rather dubious blogs about Santa Claus and Saint Nicholas and wanted to take a deeper dive. What I found was a fascinating character who is much more interesting than the Santa Claus we know in America.

Who was Saint Nicholas?

Unfortunately, not many records of Nicholas of Myra existed until many years after his death. A contemporary of Constantine, he probably lived in the third century. He became the bishop of the church at Myra at a young age and served there for many years. Because of the turmoil of Roman empire, we lack thorough documentation of his life. In its place, however, Saint Nicholas became something of a mythical figure as the stories became embellished and expanded.

Some of the stories of Saint Nicholas

There are no shortage of tall tales about the early church father. His birth was miraculous. He was predestined to be a leader of the Church. He defeated the Roman goddess Diana in spiritual combat. Caused the destruction of all of the idols in Myra and drove out all of the demons. Became a wise spiritual leader as a child.

Gifts through the chimney

One story that resonates with the Santa Claus myth is the story of the three daughters. In ancient Rome, there were three daughters with three suitors. Before the oldest daughter could receive a proposal, the father lost his fortune leaving the family with no dowry. In those times, people with no dowries would often be sold into slavery or prostitution. Nicholas heard of the family’s plight, and devised a plan to solve the problem and to help the family save face by doing it in secret. He gathered money from his inheritance into a sack, climbed onto the family’s house, and dropped the sack of money down through the chimney.

Nicholas’ selfless action saved the eldest daughter. The same thing happened again, and Nicholas brought another sack of gold for the middle child. Finally, the youngest child experienced the same problem yet again.

Finally, when delay was no longer possible, in the dead of night in came another sack of gold, this one landing in a stocking hung up to dry by the fireplace. This woke the father, and he chased his fleeing benefactor, shouting all the while, “Stop! Don’t run away! I want to talk to you!” With an almost superhuman effort, the father finally caught up with Nicholas. Gasping for breath, he fell to his knees and tried to kiss his benefactor’s feet. But Nicholas would have none of it. Reaching down, he raised the man to his feet. Then he told the father that God alone should be thanked for the three bags of gold. Furthermore, he made the father swear a solemn vow that the secret of where the gold came from would never be revealed while Nicholas lived. Reluctantly, the father made that promise. And kept it. Apparently not until after Nicholas’s death was the story told (most likely by the daughters). But thanks to that third bag of gold, the youngest daughter was able to be dowered and married.

Other stories about Saint Nicholas are well known: saving sailors, secretly giving people gifts, casting out demons, and more – I would highly recommend further reading on the stories of his exploits.

What were the true stories of Saint Nicholas?

He helped so many different people that he is now known as the patron saint of sailors, the every-man, wolves, pawn-brokers, children, and more! It is said that he was the saint chosen by the people, not the Catholic church. He was so well-regarded by the reformation-era Church that, despite denouncing the practice of sainthood, Saint Nick was still celebrated throughout Europe!

Saint Nicholas had a profound impact on much of the world. It was Saint Nicholas Day that gave Saint Nick the reputation of a giver of gifts to good girls and boys. In Europe, Saint Nicholas Day was celebrated on the 6th of December. Depending on the country or culture, he may leave presents under the pillows of good children or coal in the stockings of the naughty ones. Even the Eastern Orthodox church celebrates the holiday, although their festival is held on the 19th of December due to calendar disputes.

How did Saint Nicholas become known as Santa Claus?

English settlers and later European immigrants brought the Saint Nicholas tradition with them to America. The heavy Dutch influence in New York and the Dutch nickname, “Sinterklaas,” resulted in the American affinity for Santa Claus. He was commonly depicted as wearing red scholar’s robes. Throughout the 19th and 20th centuries, popular representations of Santa Claus created the Jolly Ole Saint Nick that we have today.

Should modern Christians believe in the real Santa Claus?

There are many myths within the stories of Saint Nicholas. Because of the lack of primary sources for his life, it is difficult to peel the myth away from fact. That being said, it is apparent that Nicholas of Myra made a significant impact on the early Church. It is possibly more impressive that his deeds, although not documented, flourished despite the turmoil of the Roman empire during the time. Modern Christians should look to Saint Nicholas as a paradigm of selfless giving. In our world of commercialized Christmas and humble-bragging through gift giving, the real Santa Claus is something to believe in.

There are two excellent resources if you’d like to do more research into the historical Saint Nicholas available now on Logos’ digital store.