Writing was the ‘Norm’ for this great apologist

Previous Next
Writing was the ‘Norm’ for this great apologist

Writing was the ‘Norm’ for this great apologist 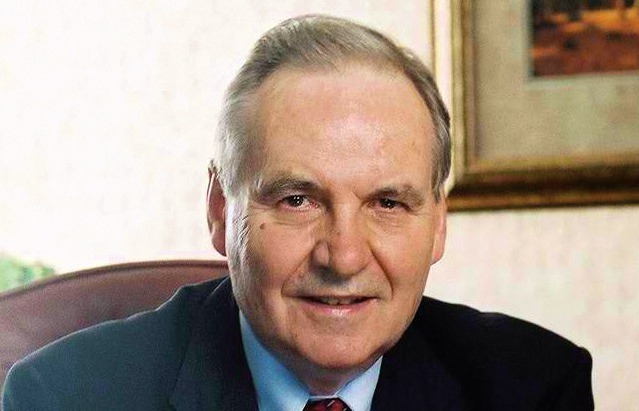 Dr. Norman L. Geisler was one of the most influential Christian apologists of the past century. He wrote over 100 books and hundreds of articles. He participated in dozens of debates, taught at multiple seminaries, testified as an expert witness at trials, served as a pastor of several churches – just to name a few of his accomplishments.

As I mentioned in A Tribute to Norman L. Geisler , many are unaware that he was virtually illiterate in high school. He became a Christian at the age of seventeen then God called him to be a scholar. NGIM’s upcoming documentary, Norm Geisler: Not Qualified explains how God took Geisler’s weaknesses and made them into his strengths.

A few years ago, Dr. Geisler entrusted me to preserve all the articles he’s written (published and unpublished) over the years. It was a great privilege to do so. Since he had written over 100 books, I figured he couldn’t have too many articles – after all, how much time could he possibly have to write in addition to his books, sermons, class lectures, and debates? A few years later, I finally completed the project – after working through an entire suitcase filled with his writings! Thanks to the countless hours of editorial assistance from Dr. Douglas Potter, the first two volumes are already available in print. Volumes 3-5 will be available in the upcoming months.

The Unpublished Articles of Dr. Geisler

At the NCCA in 2016, Dr. Geisler gave me his suitcase filled with his essays. Since all his published writings are now ready for print (volumes 1-2 have already been released) and to celebrate his legacy, we are now releasing his unpublished essays – even his graded college papers for your enjoyment. These files have been uploaded here: normangeisler.com/essays.

It was a great privilege to know Dr. Geisler as pastor, mentor, and friend. When I first encountered Geisler’s writings, the words that came to my mind were “great scholarship.” After walking through hundreds of his essays, these words came to mind: “excellent stewardship” (see 1 Pet.4:10).

At first, I applauded his discipline. Now I admire his discipleship. He wrote over 100 books and hundreds of articles. While I was initially impressed by the number of pages he had written, it is even more remarkable the number of people on whose lives he has written.

The why… and the what

As an apologist, the “why” should not be our “what.” That is, answering questions in itself is not the goal. The Gospel must always be the purpose – defending it against error, removing stumbling blocks so others can be receptive to it, and proclaiming the rich truths found within it. After all, we have been entrusted to do so as its messengers.

It would be a great disservice to Dr. Geisler if we walked away merely saying, “What a great man!” If we capture his vision, we would declare, “What a great plan!” He used every medium – campus newsletters, bulletins, written testimonies, amicus briefs, editorials, magazines, scholarly journals, tracts, dictionary entries, and encyclopedia articles – to convey the Gospel Message. Time wouldn’t permit me to share all the topics (philosophy, apologetics, ethics, law, theology, evangelism), but they tie together nicely with the purpose of advancing the Gospel. I want to challenge everyone to do the same – with whatever gift we have been given, with the same zeal, may we be good stewards of the grace given us.

Paul is a member of the Evangelical Philosophical Society and the International Society of Christian Apologetics. In 2012, he was elected to the town’s ethics committee where he completed his three-year term. He served as a pastor on staff at Riverside Christian Church from 2008-2016. In July 2016, he began working with Ratio Christi.